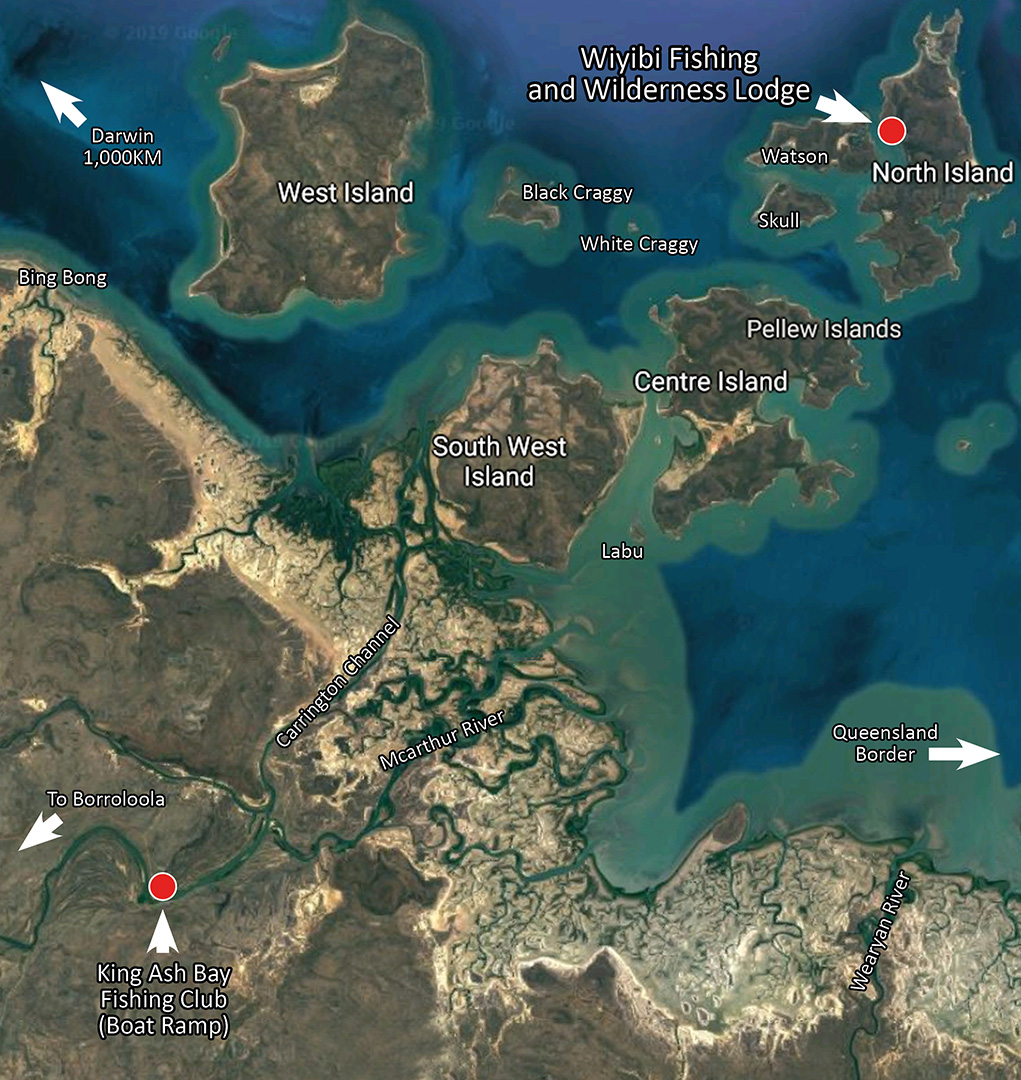 Wiyibi Fishing and Wilderness lodge is located in the Sir Edward Pellew Group of Islands in the Gulf of Carpentaria, NT.

Most of North Island is taken up by Barranyi National Park, with the exception of one little slice on the Western side witch is known as Wiyibi Fishing & Wilderness Lodge. Access to North Island is by boat or helicopter.

North Island is just one of the large islands in the Pellew Group. Vanderlin Island, West Island and Centre Island are the other large islands nearby, but there are dozens of smaller islands and islets littered through the group. The region is rich of rock and reef creating a haven for reef species of fish. Don’t bother asking for “good spots,” there are thousands of places to catch fish around the islands.

King Ash Bay is located about 40km from Borroloola. The last 20km of the drive is a dirt road. It does get corrugated, but it gets graded several times a year. To get to Wiyibi, launch your boat from the public boat ramp at King Ash Bay Fishing Club on the McArthur River.